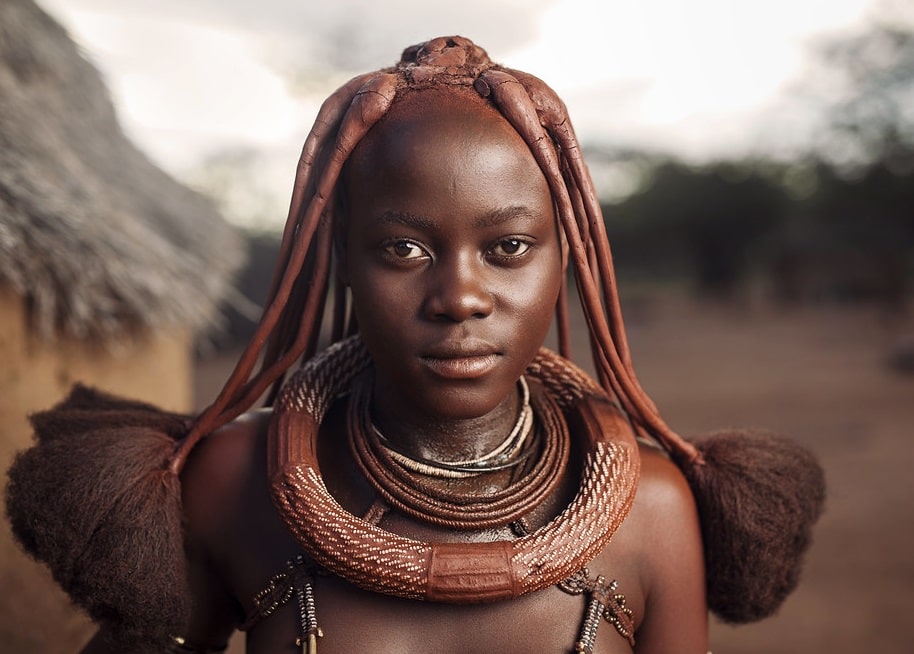 Part of what makes a continent unique is the way they marry. Africa is not an exception.

Marriage ceremonies in African countries differ greatly from what is seen in other continents due to the diversity of culture and religion.

In Africa, marriage ceremonies are often seen as a rite of passage, rather than a ceremony, and it begins with the union of two families or clans.

Below are marriage customs in  Africa that are somewhat strange:

1. The Frafra Tribe of Ghana

Among the Frafra tribe of Ghana, when a man wants to marry a girl of his choice, his family would kidnap the bride-to-be and take her hostage in their home, where she is heavily guarded against escape.

The groom’s family would visit the bride’s family with kola nuts, guinea fowls and tobacco, just to inform them of the whereabouts of their daughter. Sometimes, their marriage proposal is rejected, other times, some families would dare the man to show his seriousness by impregnating their daughter.

However, when the marriage proposal is accepted, a ceremony known as a “hand running” is performed. This ceremony involves the killing of a dog, two goats and several fowls, which are then seasoned and taken to the girl’s home. There, at the girl’s home, the groom’s family will officially present the dowry to the girl’s family.

The dowry always consists of four cows, several guinea fowls, kola nuts and money. The seasoned meat is then shared among all those present to eat, as a sign of a joint union.

If the man’s family is unable to provide the items, the woman’s family would wait for a girl to be born from the union and retrieve their dowry.

The Rashaida tribe belong to the nomadic Arabic-speaking people of Bedouin Arab ethnicity who are now living largely in western and northern Eritrea.

They can also be found in smaller groups, living mostly in parts of Egypt (bordering the Sinai desert and Eastern Sudan). Their marriage ceremony is a seven-day event. The bride’s wealth includes cloth, camels, jewellery and cash.

During these seven days, it is the bride’s duty to arrange and decorate the tent where the marriage festivities will be held. The groom’s duty is to kill a camel. Over the six days of the event, the bride remains in isolation, while the groom and other men in the family celebrate.

She only sneaks into her husband’s tent for the first six nights and leaves before sunrise. On the seventh day of the celebration, the bride is allowed to be seen with her husband. If the bride is unhappy in a marriage, it can be dissolved after seven years and the dowry must be returned to the groom’s family.

3. The Himba Tribe of Namibia

Among the Himba tribe, the marriage customs undergo two different stages. During the first stage, the bride is being kidnapped and given new clothes which have gone into proper treatment and crowned with expensive jewellery.

The bride will also be dressed in a leather headdress called “Okori”, a gift she receives from her mother. She is pampered and her skin is smeared with fat and herbs and adorned with jewellery.

During this process, the groom cleans and treats goat hide which he will present to his wife to be and mother-in-law.  The second stage takes place on the morning of the wedding, where the bride’s father slaughters a goat and shares the meat among the village folk.

The goat’s offal is given to the bride and other women of childbearing age. They place the goat offal on their heads, as a sign of respect for the bride’s father. After the ceremony, the groom’s family would plaster the girl in butterfat ointment, as a sign that she had been accepted into the groom’s family.

In the Neur tribe, before a man marries a woman, he is required to pay 20 to 40 cows for his bride. After the man has paid this, the woman would have to deliver two children before the marriage proceedings are complete. By the time she gives birth to a third child, the marriage is officially tied. However, there is a huge problem if the wife only produces one child after a given time frame. The man would have to ask for a divorce, and then take back the cows he paid as bride price, or hold custody of the child.

5. Maasai tribe of Kenya and Tanzania

For the Maasai tribe, the marriage ceremony is arranged by elders without consulting the bride and her mom. After the dowry is paid to the bride’s family, the bride’s mother is given a bull as a gift which signifies a departure of one of her children into a new home.

On the day of the wedding, the father blesses the bride by spitting on her head and breasts before she leaves. When the bride is to leave her father’s house, her bridal train would join her as she performs a traditional dance with “wooden sticks” which signifies the future growth of her marriage.

During the dance procession, the groom’s family would throw insults at the bride, in order to ward off any bad luck from the bride’s new home. If the bride turns back to look at her old home as she departs from her father’s house, it is believed that she would turn into a stone.

6. The Wodaabe Nation of Niger

In this tribe, marriages (called “coogal”) are arranged by parents during a couple’s infancy.

It is expected of the groom’s family to offer the bride’s family a price, and after that, the groom and bride will live together until the bride becomes pregnant. The bride is expected to return to her parents by the time she is pregnant, where she will spend four years with them, before returning back to her husband, just after he has completed the rites.

However strange these marriage customs look, one common thing among them is that they are deeply rooted in the notion of family.

In many African countries, marriage is primarily about procreation and providing for children because these are often seen as the foundation of society, and as such, marrying for love or sexual attraction is often not encouraged.

This is very evident in customs where girls are kidnapped for marriage or where parents or elders make decisions on who their children will marry.

Any marriage without bridewealth will not be acknowledged until the bridewealth has been paid.