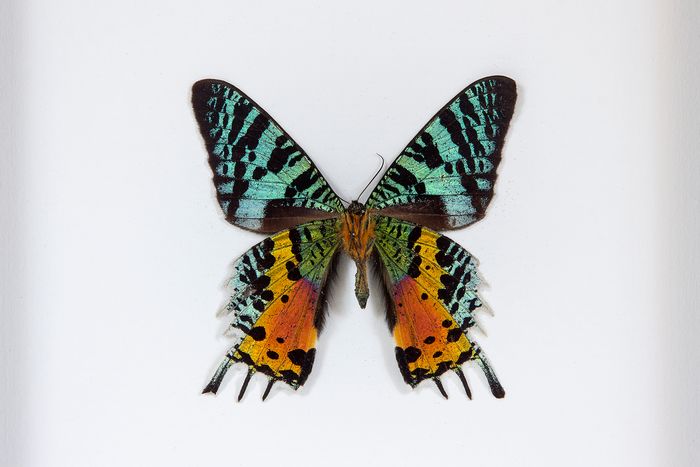 Nature’s beauty is always around us, no matter where we live!

Colourful animals are one of nature’s gifts to us, and, in the animal kingdom sometimes, colour is not just about beauty. A particular animal’s elaborate colouration may be a major contributor to its survival.

Animals may become more colourful to get noticed by a potential mate or may become masters of camouflage to avoid the attention of their predators.

Below is a list of some of the most colourful animals found in the African continent:

This behaviour essentially makes the lilac-breasted roller a brood parasite (organisms that rely on others to raise their young).

The name roller comes from the movements of the birds while in the air. It can spin in circles on its back and make other movements that appear as if the bird knows tricks. These birds feed on insects and small amphibians and rodents.

Panther chameleons are the most colourful reptiles in the world. They are mostly found in the tropical forests of Madagascar. Chameleons have the power to turn into different colours that blend perfectly with their surroundings. Panther chameleons do vary their colour in a time span of 20 seconds, and they have special cells underneath the outer body layer. It is these cells that make it possible for them to change the colour of their body in accordance with their surroundings. Also, chameleons change their colours due to temperature and mood variations.

Mandrills are primate of the Old-World monkey family. Its Latin name is Mandrillus sphinx. These primates have colourful butts and red and white marks on their noses. They are mostly found around the equator in Africa, in such countries as Cameroon, Equatorial Guinea, Congo, Nigeria and Gabon.

Mandrills feed mostly on roots, small animals, and fruits. The mandrill is easily one of the most colourful mammals found in the world today. Mandrills live in groups with other primates and can have as many as 200 that they view as members of their family. They have sharp teeth that they will often flash as a way to warn off other animals. Mandrills also show their teeth as a sign of friendliness around humans and other animals.

Agama lizards are found in Sub-Saharan Africa. The agama lizard is known for its bright orange patches. The male lizards usually have this patch on their heads and have bodies that feature bright shades of blue. The females have grey or brown bodies with a bright orange patch on one or both sides. Some have stripes in one of these colours running down one side of their bodies. The male lizards often have a yellow tail too. Their size range from 5 inches to 1 foot, and up to several pounds in weight. Agama lizards feed on insects, including spiders and crickets, and on some types of seeds and fruits.

Sunset moths are found in Madagascar. The scientific name for the sunset moth is Chrysiridia rhipheus. Their size range from 2.8 to 3.5-inch wingspan, and several grams in weight. The brightly coloured sunset moth feeds on white flowers. The moth exhibits such intricate colours similar to the look of a gorgeous sunset. At first, when experts first discovered the sunset moth, they thought that it was from China because it was similar to moths from that country, but later, with more research, they discovered the moth species were actually from Madagascar.

Sunset moths have large wings with many shades of green and black along the top and orange and yellow along the bottom.

Peacocks are any of the three species of resplendent birds of the pheasant family, Phasianidae (order Galliformes).

The male is called a peacock, and the female is a peahen; both are referred to as peafowls. The Congo peacock inhabits the forest interior of the Democratic Republic of the Congo. It was discovered in 1936 after a search that began in 1913 with the finding of a single feather.

The Congo peacock is the only large phasianid in Africa. The cock is mainly blue and green with a short-rounded tail, while the hen is reddish and green with a brown topknot train of tail feathers that are coloured a brilliant metallic green. The train is mainly formed of the bird’s upper tail parts, which are enormously elongated and each of the feathers is tipped with an iridescent eyespot that is ringed with blue and bronze.

During courtship displays, the cock elevates his tail, which lies under the train, thus elevating the train and bringing it forward. These feathers would then vibrate during the climax of the display and give the feathers of the train a shimmering appearance, which makes a rustling sound.