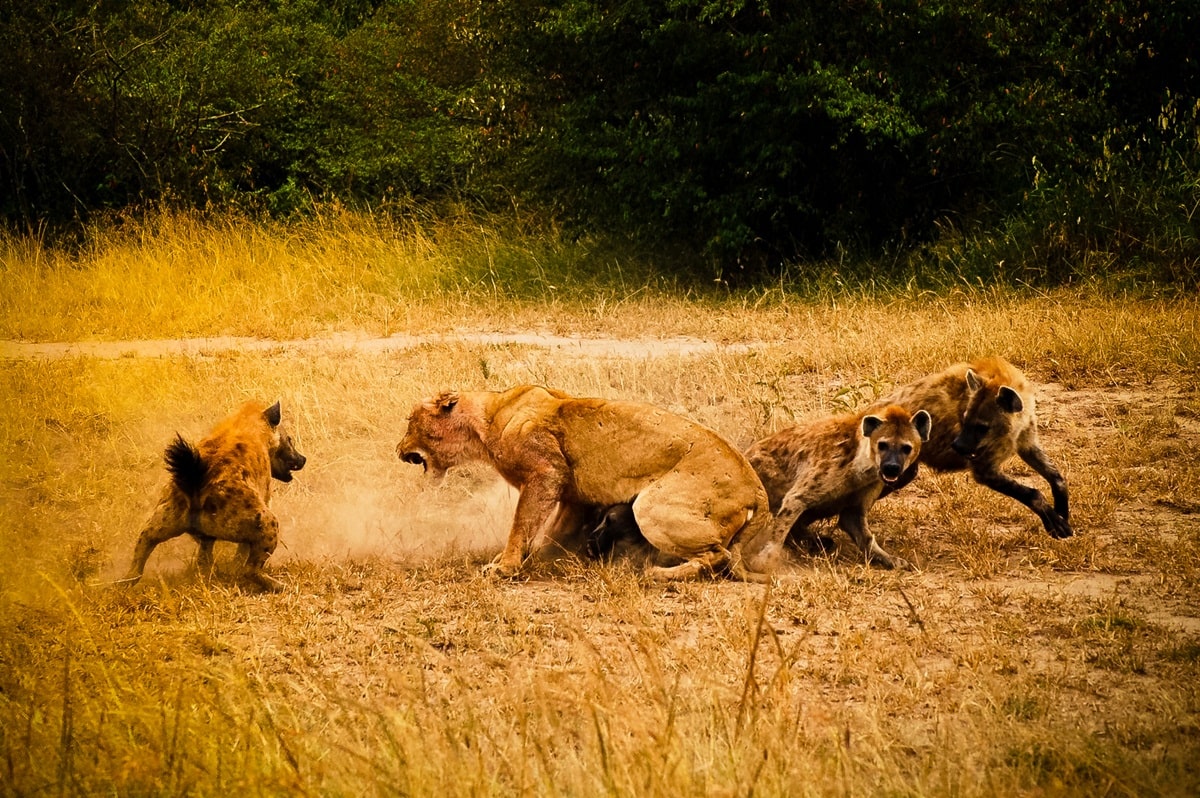 Amboseli National Park was formerly known as the Maasai Amboseli Game Reserve. The park was set aside as a southern reserve for the Massai in 1906. It became a national game reserve in 1948 and was finally announced as a national park in 1974.

In 1883, a Scottish Geologist and explorer by the name of Joseph Thomson was living in the midst of the Massai people because of his love for the Massai warriors. He noticed a part of the region which was restricted and kept away from by the locals.

What does the name ‘Amboseli’ mean?

Joseph Thomson referred to this area as their “danger zone” while the locals, on the other hand, had their own local names for the region. They called it Empusel meaning “salty dust” or “salty dusty place” in Maa, their native dialect. This brought about the name Amboseli.

The name might have been as a result of the Pleistocene lake in the region which was said to be filled up with sand that was so thin it flew around making the entire region dusty. The sandy Pleistocene lake is the dried-up bed of the once Amboseli lake.

The empty lake bed during the rainy season gets filled with water and serves as a source of water to the animals on the reserve.

After Thomson’s visit to the region, he was astonished at the numerous wildlife found in the park. Another thing that caught his interest was the water bodies or swamps that contrasted with the dried-up lake bed. All these led to the interest to preserve the heritage and ultimately the formation of a national park.

WHAT ANIMALS ARE FOUND IN AMBOSELI NATIONAL PARK?

The Amboseli National Park is one of the best places, if not the best place in Africa, to see African wildlife at its best. It is home to African bush elephants, cape buffalo, impala, lion, cheetah, spotted hyena, Masai giraffe, Grant’s zebra, and blue wildebeest.

During the rainy season, the animals are usually gathered together at the water bodies but during the dry season, they move around the park in groups because the vegetation is sparse then.

Location and Size of the Amboseli National Park

The national park is located in Kajiado South Constituency, Kenya. It is 39, 206 hectares in size at the core of an 8,000 km square ecosystem that spreads across the Kenya-Tanzania border. The locals are mainly the Maasai people, although people from other parts of the country have settled there after being attracted by the successful tourist-driven economy.

The intensive agriculture along with the system of swamps have made this low-rainfall area one of the best wildlife-viewing experiences in the world with 400 species of birds including water birds like pelicans, kingfishers, crakes, hamerkop and 47 raptor species.

Control of the Amboseli National Park is currently being fought for in the court and the ruling is likely going to be in the favour of the Massai people.

WHAT IS AMBOSELI NATIONAL PARK KNOWN FOR

The national park is famous for being the best place in the world to get close to free-ranging elephants. It is also famous for its proximity to the Massai tribe and its opportunities to meet the Maasai and visit their village, giving tourists an inside view of their rich culture and cultural practices.

Amboseli National Park also has one of the best backdrops in any park with the background view of Mount Kilimanjaro, the highest free-standing mountain in the world. The mountain seems close enough to the park that it seems like it can be reached out and touched.

Amboseli was the home of Echo, an elephant who became a matriarch at the age of 23. Echo was the most researched elephant in the world and the subject of many books and documentaries. Echo was followed and studied for almost four decades by American conservationist Dr Cynthia Moss. Echo died in 2009 and was about 60 years old at the time of her death.

It was because of her that the park was sometimes referred to as Home of Echo.

WHEN CAN I VISIT AMBOSELI NATIONAL PARK?

Amboseli can be visited at any time of the year. Although, it is recommended to go there in the dry months, which are from June to October and January to February. November, April and May are not recommended for wildlife viewing because this is the peak of the short rains. During these wet months, animals tend to spread out and are less inclined to come to predictable water sources.