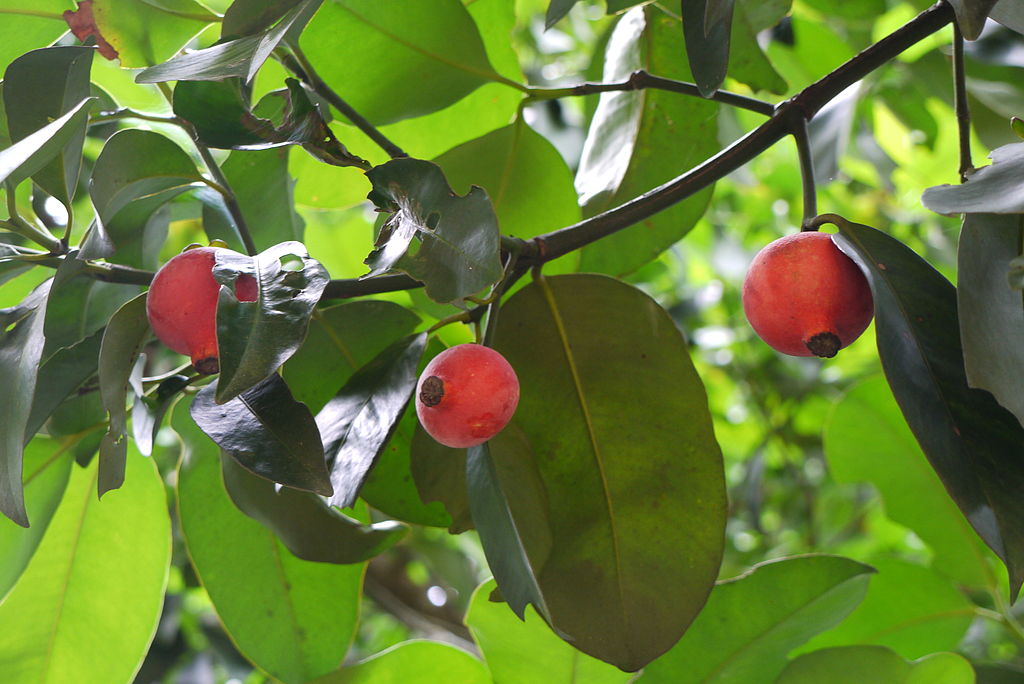 A widespread consensus in Nigeria (and most other parts of Africa) is that bitter is healthy and sweet is not. Perhaps, bitter kola (Garcinia kola) is one of the plants that exist to prove this.

There is a kind of medicinal beverage commonly sold in Nigeria and Ghana called bitters. Several brands manufacture this drink (Aroma Bitters, Action Bitters, Origin Bitters, etc), some with alcohol and some without. Because of how insanely bitter these drinks are, they are believed to be of great medicinal value.

They have become an excellent local treatment option for blood-sugar-related illnesses. Why some take bitters targeting a cure, some take it every day as preventive medicine. It is believed that the extreme bitterness of the drink can clear high sugar content in the blood.

Bitter kola and bitter leaf are common ingredients used in making bitters. The good news is that a lot of research now exists to prove that bitters actually hold health benefits.

In fact, the potency of any bitters lies on what it contains (the combination of herbs, roots, bark, fruit, seeds and flowers and how potent each one of them is) and how it is brewed.

Contamination can happen during brewing so it is important that consumers go for brands with proven standard brewing methods.

Where is bitter kola found in Africa?

Bitter kola is a flowering plant that belongs to the Clusiaceae family. The plant is found in the tropical forests of Nigeria, Senegal, Sierra Leone, Liberia, Ghana, Gabon, Ivory Coast, the Democratic Republic of the Congo, Cameroon and Benin Republic.

Bitter kola is one of the universally consumed seeds in Nigeria. Almost every Nigerian tribe eats bitter kola and believes in and references its medicinal powers.

Bitter kola is called “aki ilu” by the Igbos, “orogbo” by the Yorubas while the Hausas called it “namijingworo”.

An extensive study inspired by the World Health Organization (WHO) Plant and Traditional Medicine Strategy for 2014–2023 found the following to be true:

2. Chewing bitter kola can be beneficial in combating some bacterial or viral infections

4. The study could not find any conclusive evidence to support the age-long claim that bitter kola is effective against food poison, diarrhoea or stomach upset.

5. Analysis of the study results also show that the claimed aphrodisiac benefits of bitter kola were low in women and only just average in men.

It has been suggested that the antiviral activities of bitter kola might be attributed to its active compound called dimeric flavonoid. Most flavonoids have been known to show anti-HIV activity.

Some classes of flavonoids are so powerful they have been found to completely inhibit HIV infection.

It is expected that a lot of farmers would be interested in cultivating a plant as beneficial as bitter kola. But it seems that is not the case. A lot of hindrances stand in the way of successful cultivation of bitter kola.

The most notable of them are the poor viability of the seeds and slow maturity of the tree.

It could take up to one whole year for planted seeds of bitter kola to begin to show signs of germination. And still with that, only a few seeds will eventually germinate and start to grow.

The tree also takes about eight to ten years to reach the reproductive phase. This slow maturity period can discourage any farmer from setting up a bitter kola farm as results are not to be expected till close to another decade.

Other uses of bitter kola

Bitter kola is extensively used in traditional medicine. The seeds are believed to hold spiritual powers capable of destroying any charm. People hold bitter kola seeds in their mouths at festivals or during negotiations to prevent the effect of any charm.

The seeds are also believed to be an effective anti-poison. However, no scientific proof exists to support this claim yet.

It is not just bitter kola seeds that are used in medicine. Different parts of the tree, such as bark, fruit, seeds and nuts have also been used in traditional medicine for the treatment of various conditions like cough, fever, gonorrhoea, wounds, malignant tumors, stomach and general body pains.