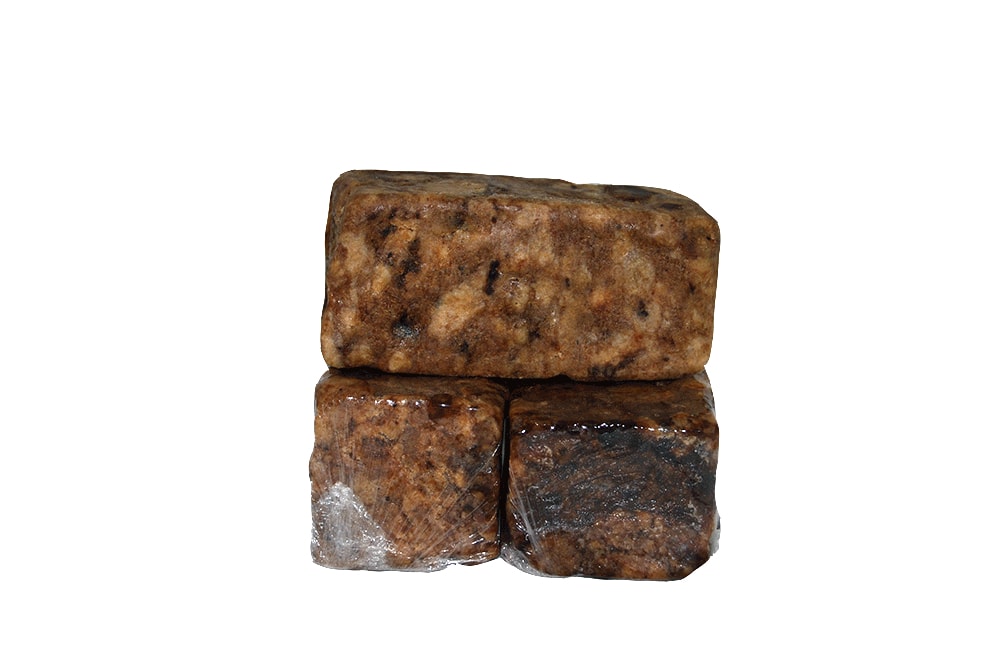 The local African black soap has been in existence before modernisation and civilisation began. African women in the earlier centuries produced and sold the local black soap. To some, it was a means of livelihood. The Black soap, over time, has proven to be great for skin nourishment due to the amount of antioxidants it contains. It helps fade skin discolouration and serves as an excellent skin exfoliator.

It is called ‘black soap’ because of its signature black colour. Black soap also has an edge over other kinds of soaps because it is completely made from organic products.

You can either purchase the organic potash from specific stores which specialize in African grocery or get them the local way, which is from burning tree barks and pods, such as cocoa, clay, etc. Note that the type of tree you extract the potash from will determine the colour or texture of the black soap.

Pour a measured amount of warm, distilled water into a bowl. Add your potash to it and mix together. Be sure to put on hand gloves for this stage.

Pour the already mixed potash into a steel pot and boil for a couple of minutes until it begins to bubble. This needs a lot of close monitoring to avoid over-boiling.

3.  Reduce the heat and leave to cook for 30 minutes

After the initial boiling, reduce the heat of the stove/gas and to a medium level. Stir at intervals and watch it closely to avoid it boiling over. The potash is ready for the next stage when it hardens and begins to look crumbly. Remove the potash from the heat after it turns crumbly, like ground meat. Leave it in the pot to cool, then turn it into a bowl/container. Seal properly, and store in a dry place.

4.  Heat the coconut and castor oil

Take a clean deep pot and pour your coconut and castor oil. Make sure you use an equal measurement for both oils. Set the stove on low heat and boil till the oils melt and are immersed completely into each other. Note that palm oil and castor oil serve the same purpose in this instance, and it can be used in place of castor oil. Place the pot on the ground after heating.

5.  Mix the potash with warm water

Place a quantified amount of potash into a clean bowl and pour a bit of warm distilled water into it and leave till it dissolves. This could take between 5-10 minutes.

6.  Mix the dissolved potash with the heated oil

Use a spoon to pour the potash into the pot that contains the oil. Then stir continuously to ensure they are properly mixed together.

7.  Heat up the mixed potash and oil

At this stage, the mixture would have become a ‘soap’. Then, you cook the soap over a high volume of heat and stir at intervals till it becomes thick. This can take a long time, so you have to ensure you stir often to avoid lumps. Also, make sure that there is enough ventilation to let out the smoke when cooking. After it has thickened, place it a dry place to cool off. Sometimes, people mix other products and essential oil with the soap, but it is advisable that you produce the soap in its most organic form.

The type of mold you use will determine the eventual shape of the black soap. You could either use a square, rectangular, or circle mold. Leave it for one or two days before slicing the soap in bits. Then, leave it to cure and harden for a minimum of fourteen days (2 weeks), then turn the soap bars over so both sides would harden evenly. After this, store in a dry place to avoid it dissolving.

You can also leave the soap in paste form.