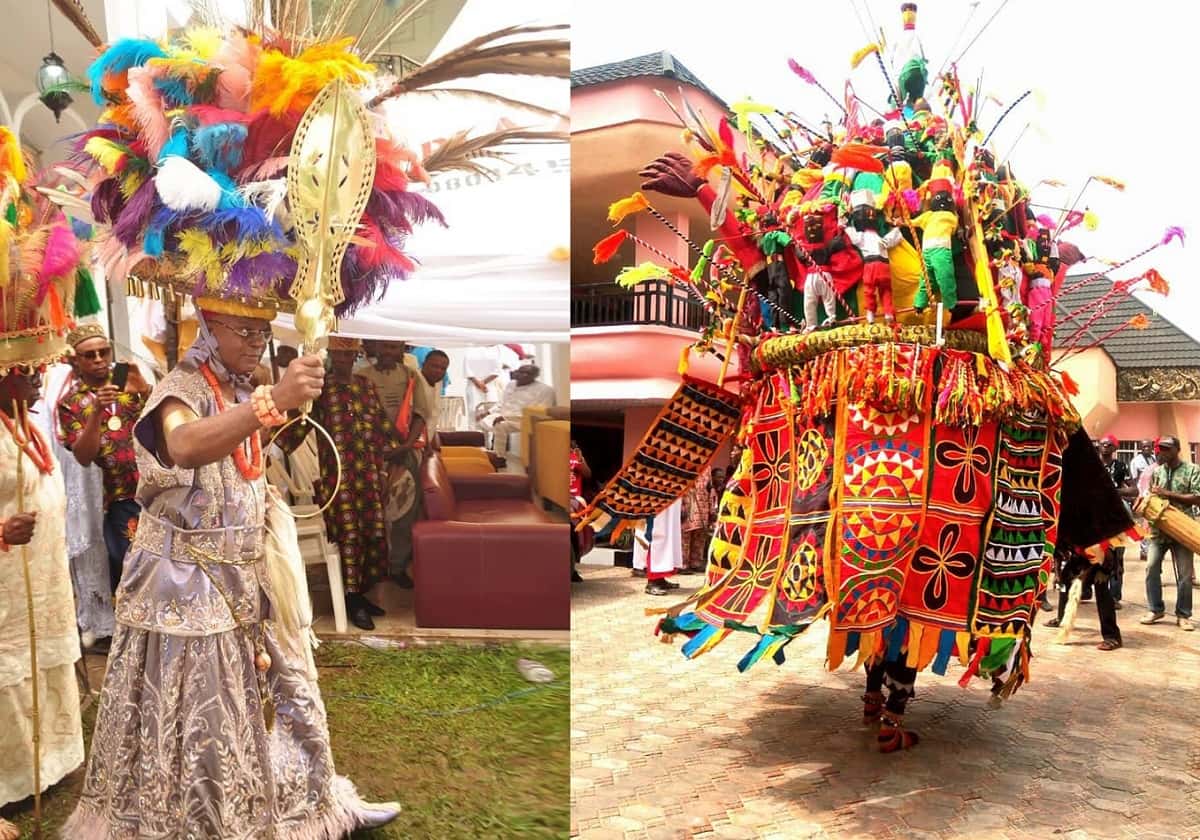 Festivals are a part of the Nigerian culture; no year passes by without the various Nigerian ethnic groups, such as Yoruba, Igbo and Hausa commemorating an historical event or legend. These festivals, apart from serving as a form of entertainment and bonding for the people, has also been a guaranteed avenue for amassing wealth by the Nigerian government as a result of the large number of tourists and diaspora citizens that troop in each year to witness the events. The local traders are usually not left out at these periods as they maximize the opportunity to market their products and make substantial sales.

The Ofala Festival, which is the highlight of this article, is an annual festival peculiar to the Igbo communities, especially Onitsha, as well as other communities including Ukpo, Nnobi, Aguleri, and Nnewi. The Ofala festival in Onitsha is usually referred to as ‘Ofala Onitsha’.

Origin of the Ofala Festival

The origin of the Ofala festival can be traced back to the early 16th century when the Monarchical system of government was introduced in Onitsha. The festival, which means “Authority of the land” marks the end of the Obi’s (king) 7-days retreat and his ascension to the throne. During the retreat, the king remains isolated and undergoes several rites and reformation which is believed to be for the promotion of the community. After the retreat, the Ofala festival begins and the king blesses his subjects, coronates a new council of chiefs/elders, and blesses the people.

What period does the Ofala Festival hold?

The Ofala festival is usually held annually, and it usually lasts two to seven days depending on the community. It takes place around October and December, depending on the coronation period of the Obi. It is worthy to note that the Ofala celebration is in honour of the present Obi (the traditional king), and after his death, a ‘last ofala’ festival will be held in his honour. Then, a first Ofala will begin again for the newly appointed king.

Interesting Facts about the Ofala Festival

1. The Ofala Festival is one of the oldest festivals known among the Igbos. It dates back to 700 years ago (16th Century) when the monarchy system of government was introduced in Onitsha land.

2. Onitsha Town in Anambra State holds one of the biggest, most elaborate and most famous Ofala festivals in Igbo land.

3. The Ofala festival serves as a rite of renewal for the Obi. It is believed that the Ofala celebration will make the gods accept the new king, as well as purify the land and bring prosperity upon the people.

Tradition has been integrated into the Nigerian culture, and the traditional beliefs are religiously adhered to. As a result of this, citizens living in the diaspora travel down to their various towns to partake in the Ofala festival and receive their own share of the blessings.

4. The Ofala period is also a season of thanksgiving to the traditional gods and ancestors for the blessings and bountiful harvests of the previous year. The indigenes come out in their numbers during the event and offer the best fruits of their trades to the gods, and earnestly pray for better sales and harvest in the coming year.

5. During the festival, the Obi (king) only comes out three times. This has been the traditional rite from inception. The first appearance is usually made after the morning rituals by the priests. Here, he is fully dressed in his royal regalia. After addressing the crowd, he makes his retreat to his chambers.

His second appearance is made with the chiefs who are dressed in their attires as well. They come out in groups (this is done in descending order) and bow to the Obi in respect and chant his praise. After all groups have made their appearances, the Obi performs the Iwa-Ji (celebration of the first yam).  This is to officially mark the commencement of the harvest season. Then, he makes a second retreat to his chambers. In most Igbo towns, the Ofala celebration is made to coincide with the Iwa-Ji festival.

The third appearance is accompanied by royal music and dance. He dances with his first wife, son and daughter before stepping to his throne. Then, people from different age groups will step forward and make their rehearsed performances, either in dance or songs, etc.

6. The Ofala festival is also a period where bonds are created and united. Disputes are also settled and new friendships are made. It is also an opportunity for traders to market their various goods and services.