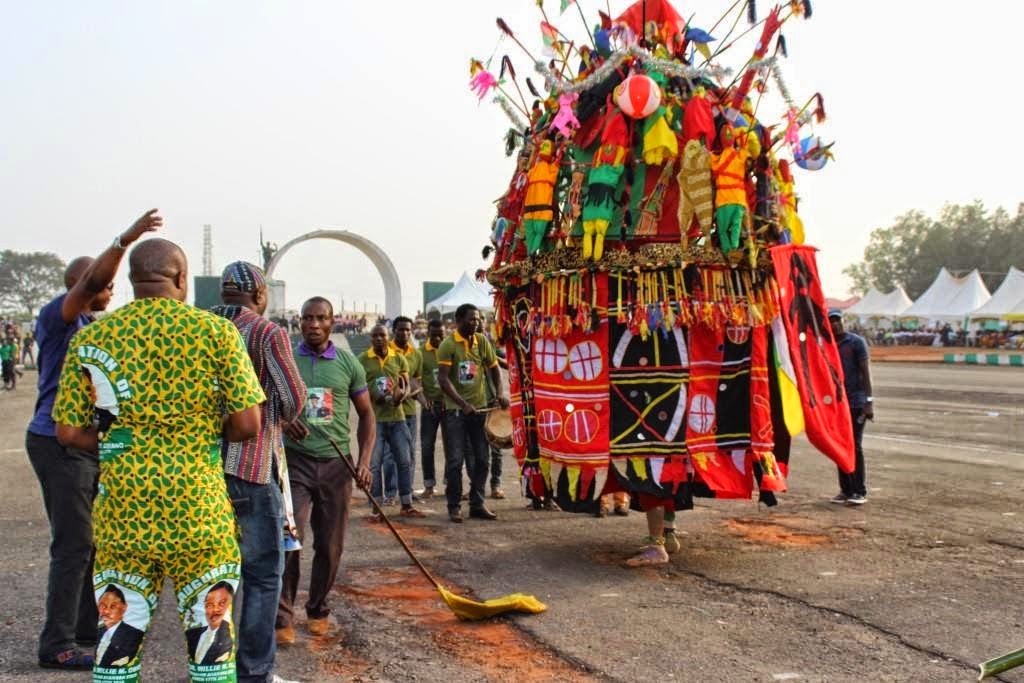 Igbo people do not joke with yams – the exact reason a festival exists to celebrate it.

The new yam festival is one of the most notable festivals celebrated by the Igbos (predominant inhabitants of Eastern Nigeria).

The festival is called “Iwa ji”, literally meaning “to slice yam”, or “Iri ji” (to eat yam) in some dialects.

The Iwa ji is one of the oldest festivals in Igboland. It exists to mark the end of a planting season.

How is Iwa ji celebrated?

The new yam festival has seen quite a number of changes in the way it is celebrated over the years. The festival used to involve a lot of rituals and fetishes, most of which are no longer practised today.

In the past, the chief priest conducted a ritual called “Ihejioku” at the ancestral shrine to mark the commencement of the festival. This ritual involved sacrifices of goats and chickens, a way of thanking the gods for ensuring a successful planting season.

Even though civilization has watered down some aspects of the festival, some have remained.

On the day of the festival, the townspeople will gather at the town square wearing their most expensive attires.

There are performances from dance groups, masquerade displays and a yam harvest competition. The man who had harvested the biggest yam of that year will be crowned “Eze Ji” and will receive numerous gifts from the king.

The Atilogwu dance group of the Igbos

The king will eventually slice the roasted new yams (iwa ji) on the table to kick off the merriment. All will eat and drink to their fill.

The significance of the ‘Iwa ji’ festival

The new yam festival has become one of the biggest exports of the Igbo culture to other places. The festival is now celebrated in most countries where Igbos are found, including America and the UK. The message of the festival is unity, just as it has always been in the past.

Townspeople used the festival to celebrate their losses and wins. In years of poor harvest, more sacrifices were offered to “Ihejioku”, the god of harvest, as a plea for a better harvest the following year.

In the years that harvest was bountiful, the people also tremendously thanked the gods for their blessings and benevolence.

Yam was a symbol of wealth for the Igbos at that time. The wealth of a man was determined by the number of barns he owned.

The presentations and performances, from the music, dance and other theatrics, that go down at the festival ground that day also reflect the rich culture, customs and traditions of the Igbos.

The festival also holds some economic importance. Markets are fuller during the festival period and people sell more. Women would want to look their best and spend a lot on fabrics and jewellery. Men would make sure their families lacked nothing, so they get more generous. People come from other places to buy and sell.

Family members living far away from home also return in large numbers. For some, the festival is a way to unite and merry with loved ones.

Dignitaries also attend the festivals and their presence affects the development of a town in a good way.

The presenters and performers also gain more fame and recognition. Even now, some indigenous Igbo dance groups (such as the Mkpokiti and Atilogwu groups) are being invited to perform overseas.

When is the new yam festival (Iwa ji) celebrated?

The festival marks the end of a farming season and the preparation of the next one. The date of the new yam festival centres around the harvest season between July and November.

According to a particular town’s planting season, the festival date can be fixed any time within this period.